healthy 3An hour ago 1

Cold weather in winter, cold easy to invade the human body, so that frequent attacks of colds. Experts from Shanghai traditional Chinese Medicine Hospital suggest that whether it is a splitting headache after "Yang", or a headache and fever after an occasional cold, it can be relieved by non-drug methods at home. Among them, there are well-known "scraping therapy, meridian massage, moxibustion therapy, acupoint application, music therapy".

"there are all kinds of diseases in Sha, and all kinds of diseases change into Sha." Scraping can promote blood circulation, promote blood circulation, remove blood stasis and dredge channels and collaterals. When we have a headache, we can use the angle curettage method to scrape along the governor pulse, Shaoyang meridian, etc., or we can use the kneading method to stimulate Baihui acupoint, Shenting acupoint, temple, Fengchi acupoint and so on.

First of all, follow the route of the governor, scraping the middle of the front hairline to the middle of the posterior hairline to dredge the meridian qi of the governor vessel. Scraping from Yintang to Shenting acupoint can awaken the brain, clear eyes, and relieve dizziness and headache. Using the kneading method to scrape Baihui acupoints, temples and Fengchi acupoints for about 10-15 times, it can soothe the wind and dredge collaterals and refresh the brain. Along the Shaoyang meridian along the road, that is, from the upper 1.5 inches of the ear tip along the edge of the auricle scraping, scraping about 10-15 times, can soothe the liver and regulate qi, clear-eyed.

Scraping Baihui acupoint: the midpoint of the thread at the tip of the two ears, and on the front midline of the top of the head, choose the angle scraping method for 3-5 minutes.

Scraping Shenting acupoint: on the head, the current hairline is 0.5 inch above the center.

Temple scraping: the temple, in the temporal part, between the tip of the eyebrow and the lateral canthus, about one horizontal finger backward.

Wind pool acupoint: the pit behind the occipital, the midpoint of sternocleidomastoid muscle and trapezius muscle, choose angle curettage method for 3-5 minutes.

In the technique, you can use an angular scraping plate or let the edges and corners of the scraping plate touch the skin at an angle of 45 °with the body surface, scraping from top to bottom or from the inside to the outside. You can also use the scraping board to do some pressing and kneading at the acupoint, and then do round-trip or reverse rotation after pressing.

Experts pointed out that from the recent pain symptoms of outpatients, O'Micron infection can be caused by weak yang, wind-cold, or sometimes dampness. Home massage can take the method of soothing wind, dispelling cold and dredging collaterals, supporting yang and resolving dampness, this method can relieve muscle and bone pain after the disease, mainly take the governor pulse and bladder meridian to follow a section of the chest and waist and back, and the sun, Fengchi and other acupoints.

Point to press and knead the sun: the temple, in the temporal part, between the tip of the eyebrow and the lateral canthus, about a horizontal finger depression. Press both hands and thumbs under both temples at the same time. After pressing for 10 times, press and knead in the temple for 2 minutes.

Traditional Chinese medicine physiotherapy and moxibustion play an important role in the prevention and treatment of plague and are favored by doctors of all ages. Moxibustion mainly relies on the heat and drug action of moxibustion fire to achieve the effect of invigorating the body and dispelling evil, warming yang and replenishing qi, dispelling cold and dampness, and cultivating yuan to consolidate the foundation. "Yang" after the emergence of headache, we can moxibustion at home Dazhui, sun, lie lack of these acupoints.

Moxibustion Dazhui: in the back of the neck, located in the depression under the spinous process of the 7th cervical vertebra, the acupoint on the governor pulse is known as "the confluence of Zhuyang". It has a good effect of dispelling cold and dehumidification.

Moxibustion the sun: on both sides of the temporal part of the head, between the tip of the eyebrow and the lateral canthus, the depression of about a horizontal finger, belongs to the "meridian strange acupoint" for the treatment of headache or migraine caused by various reasons.

Moxibustion deficiency: 1.5 inches on the forearm, above the styloid process of the radius, and on the transverse pattern of the wrist. Or cross the mouth of the tiger with the left and right hands, place one index finger on the styloid process of the radius of the other hand, and pick a hole when the tip of the index finger reaches the depression. Lie deficiency belongs to the collateral points of the hand Taiyin lung meridian, which is connected with Ren Meridian, which has the effect of relieving the lung and relieving the surface, dredging the meridian and activating collaterals. Traditional Chinese medicine has the theory of "searching for deficiency in the head", so it has the effect of treating headache, cough and asthma.

Moxibustion method: select 2 acupoints a day, use moxa stick mild moxibustion (keep the burning end of the moxa stick and the skin of the moxibustion site about 2-3 cm, local warmth, no burning feeling for degrees), 1-2 times a day, 20 minutes each time.

Dazhui acupoint: for the meeting of hand and foot Sanyang and governor pulse, it can not only warm Yang qi, dispel cold and relieve surface, but also soothe wind and clear heat, which is clinically used to treat exogenous headache. The method of selecting acupoints: sitting with the head down, the acupoint is located at the lower end of the neck of the human body, and the depression under the spinous process of the seventh cervical vertebra, about flush with the shoulder.

Fengmen acupoint: the gateway for the entry and exit of wind evil, and is good at treating wind evil. This acupoint is located in the shoulder and back, where wind pathogen is easy to attack, and it should be in the lung. It is a common acupoint for treating diseases caused by external pathogen invading Fei Wei. Acupoint selection method: located in the back, when the second thoracic vertebra spinous process, 1.5 inches aside.

Application method: take appropriate amount of ginger for wind-cold headache, mash it into mud, make a medicine cake about the size of a coin, apply it to the above points and fix it with adhesive tape. Wind-heat headache can drop wind oil essence and peppermint essential oil on the band-aid and apply it to the above-mentioned acupoints. Application time: 30 minutes to 1 hour. 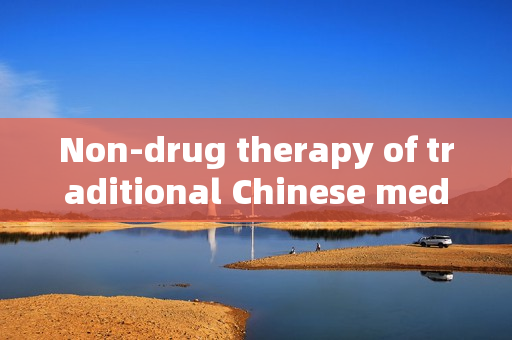 In addition, the theoretical basis of TCM five-tone therapy is based on the mutual relationship in the theory of the five elements of traditional Chinese medicine. Tuned music is used in the heart, the monarch of the five internal organs, which can promote the promotion of qi in the whole body, regulate the function of the heart, and help the spleen and stomach, benefit lung qi, and purge liver fire. Therefore, for many kinds of body pain, it is most appropriate to choose tuned music to relieve it.

First, the living environment often opens windows for ventilation to maintain the circulation of air.

Second, maintain adequate sleep, a healthy and balanced diet, and a happy mood